Alone in Space was originally posted on my game design blog. 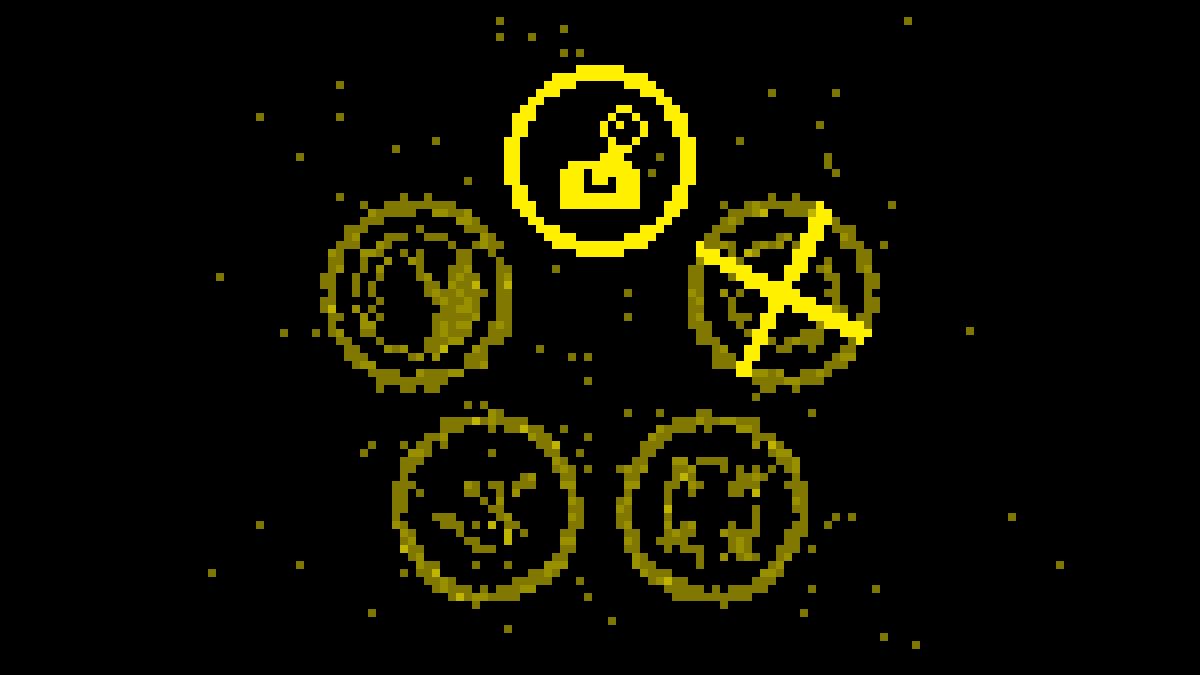 In the game development class that I'm taking at university I started working on a video game project inspired by a board game named Space Cadets (Geoff, Brian and Sydney Engelstein, 2012).

The original Space Cadets is an incredibly ambitious mish-mash of a game that inspired quite a few sequels, like its team-vs-team spin-off Space Cadets: Dice Duel (Geoff and Sydney Engelstein, 2013), and set the ground to the modern classic Captain Sonar (Roberto Fraga, Yohan Lemonnier, 2016). It's based on the premise of a group of players operating a single entity. In the game, players control a space ship by playing a series of multiple 30-second-real-time rounds of various minigames, each simulating a different section of the ship (see images below).

You have a total of 9 stations, including the helms, shields, weapons, sensors, damage control and more. It's an incredibly complicated game for what I assume was intended to be a light-hearted party game, because every minigame has its own mechanic and they're all glued together with some very easy to forget rules. Nonetheless, it is a game that back in 2012 taught me a lot about creativity through deconstruction of game mechanics.

In my new project, called "Space Cadet", you play as a lone cosmonaut commanding a ship built for a five-person crew. You are all by yourself, so you will only able to control one of the five stations at a time. It's a two-button game, with one button used for (frantically) changing between the different stations, and the other one used to operate the one currently active. Having a general idea of how the different stations are going to work, I quickly created the core mechanics in Unity:

Instead of having a generic HP counter to determine the ship's hull situation, upon receiving damage a random station is disabled, similar to how different effects can be applied to the ship stations when drawing damage cards in Space Cadets.

I uploaded the core loop to Itch, so feel free to try it. My current goals are to create enemy ships that chase the players, maybe a boss fight, and finding appropriate win conditions for the different stages for the game. It's extremely important to have each of the stations have gameplay situations that require their use, so fiddling around with the data layer of the game will be interesting to achieve this sense of flow. For example, right now nothing is actively trying to kill you, so you can pretty much stay safe by only using the helm. Once I add enemy AI, using the shields may be more beneficial in situations where you're being targeted by multiple enemies and escaping is not an option.

Hope you find it interesting, stay tuned for the next update on enemy behavior (probably).

Appeared in this article (in order):

Survive alone in a spaceship built for five crew members