You are God's most trusted bouncer, and he's throwing a party in heaven. Only allow saints into the party, and kick sinners straight to hell. God's law keeps changing, so pay attention!

[Space] - Kick a soul to hell when it reaches near you

Special thanks to Yehuda Israeli 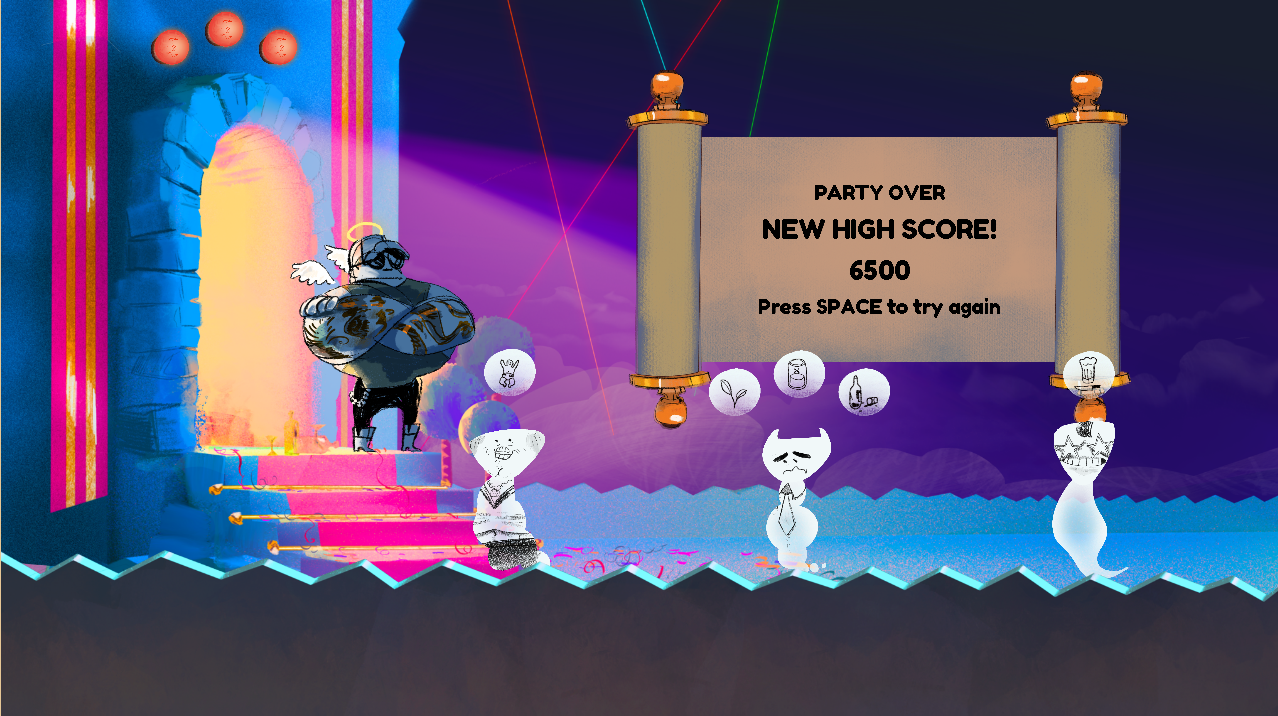 For some reason when I started playing I was under the impression it was a memory game and that rules were additive rather than constantly changing. Once it clicked I really liked it! It even functions as a bit as a rhythm game, too.

I agree with Ori that the rule algorithm should have been more closely attached to the people generation algorithm for better flow. Either way, it’s a charming casual game that’s simple to learn, hard to master, and a nice way to spend a few minutes. Newgrounds would probably love it too if you’ve yet to upload it there.

Great game with a lot of humor! Simple but engaging, exactly what I would expect from a Jam game. The art and music are absolutely fabulous!

I with there was a better random-generation of attendees. In early stages it's very common that a rule changes without any active rejects/accepts, which can make the game a tiny bit boring at times.

it doesnt full screen right (im on a mac)

ok i pull up

hop out at the after party

you and all ur friends ye they love to get naughty

This is a really fun concept! The art is gorgeous and I thought the visual effects were also very slick. Kept playing just so I could stare at this pretty game longer.

The icons had a ton of character. The shifting ruleset kept the game pretty engaging. The music was on point and I thought the sound effects were funny.

You all killed it

Cute and chill game. Great if you enjoy sending communists to hell 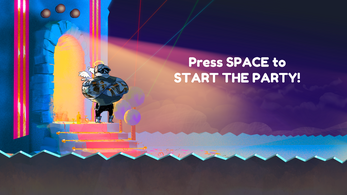 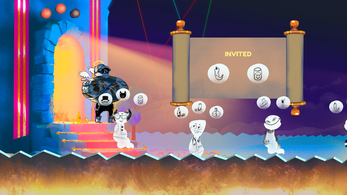 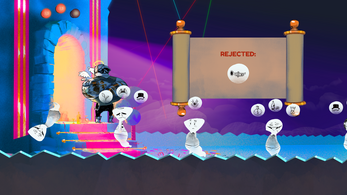 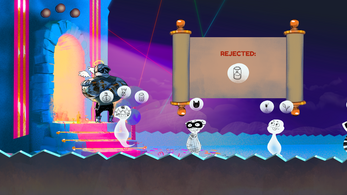 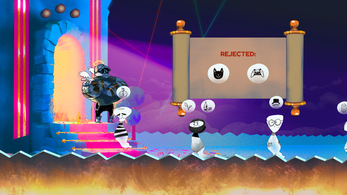